How can knowing about the empathy gap make you a better designer?

In “Understanding autistic communication”, Dr Brett Heasman and Dr Alex Gillespie discuss their research into how autistic people interact with each other and create shared understanding. This shared understanding is what psychologists call ‘intersubjectivity’; you can think of this as a technical term for ‘being on the same wavelength’.

Intersubjectivity has at least two requirements: sharing enough common ground as a base for conversation, and engaging in joint attention.

Here are two examples of sharing common ground. If two people want to discuss a film, they have this experience in common. But what if one person hasn’t seen the film? They will have to try harder to find common ground, for example, by discussing how the film compares with other films by the same director.

Similarly, if two software developers are trying to solve a programming problem in Python (a programming language), they can both draw upon their knowledge of this. Yet, if one of the programmers does not know Python, the two will need to try harder to find a common language — perhaps they both know another language and can use that one instead.

During their research, Heasman and Gillespie uncovered something fascinating. They found that autistic people have a distinctive style of intersubjectivity. Autistic people assume a lot of shared common ground and have low coordinating demands.

Whether assuming shared common ground is an advantage or a disadvantage depends on context. Although autistic people risk incorrectly assuming that others are on their wavelength, they are also very open to collaboration and are enthusiastic sharers.

What are coordinating demands? Coordinating demands are requirements for both parties in an interaction to come together to interact towards a third, shared object of attention. Interestingly, autistic people make less demands on others to coordinate their attention with them. The advantage of this approach to conversation is that it enables, as Heasman and Gillespie put it, “diverse forms of social relating that would normally be restrained by conventional social norms. It provides the freedom to continually experiment with different ways of connecting with others without incurring a significant social cost if references or turns are not reciprocated.” In other words, Autistic people are much less demanding that others be on the same page as them.

How can knowing about Intersubjectivity make you a better designer?

“There’s this magical tension within design between creating something new and creating something recognizable. You’re trying to create a magic that feels like you’ve always used this thing but it’s actually the first time you’ve ever used it. That’s the magic of design.”

How can understanding intersubjectivity help us make the magic Cliff is talking about? A good designer tries to understand what common ground they have with their users. They then minimise what the user needs to know to use their product. A good designer also doesn’t make high coordination demands on their users to get into sync with the product instead the goal is to get the product to be in sync with the user.

There is a concept in design circles called ‘designing for the extreme’. Rather than designing for the ‘average user’ (which is only a statistical construct and doesn’t actually exist),  including users who are on the ‘extreme’ end of a spectrum can create a more inclusive design for everyone in between. Of course, other extremes can be designed for, if you design an app for a person with ADHD you would want to design with low cognitive load on working memory and this would mean more people with memory problems, even temporary memory problems as a  result of stress, will find your product easier to use.

The ‘Telephone Game’. What if the Empathy Gap is a culture clash between neurotypes?

Autism is clinically defined by ‘deficits in social communication’. Sharing information with other people relies on the ability to communicate well and it might be expected that autistic people find it difficult to share information. But is that the case?

Catherine J Crompton, and her colleagues at The University of Edinburgh, address this question in their research article, ‘Autistic peer-to-peer information transfer is highly effective’.

The Double Empathy theory would suggest that communication difficulties arise from a mismatch in neurotype. Thus, information transfer between autistic people may be more successful than between an autistic and a non-autistic person. This is what Crompton found and the section below outlines her fascinating study.
Study group design. The researchers recruited nine groups, or ‘chains’. As shown in the picture below, in three chains, everyone was non-autistic; in the next three chains, everyone was autistic; and the last three chains were mixed where half the chain was autistic, and half the chain was non-autistic. 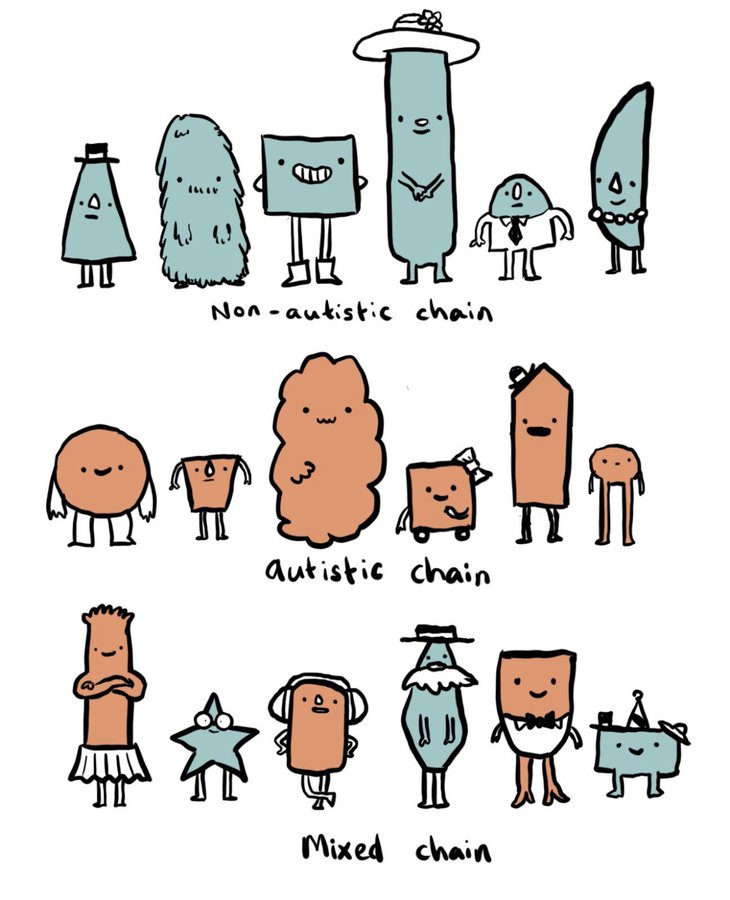 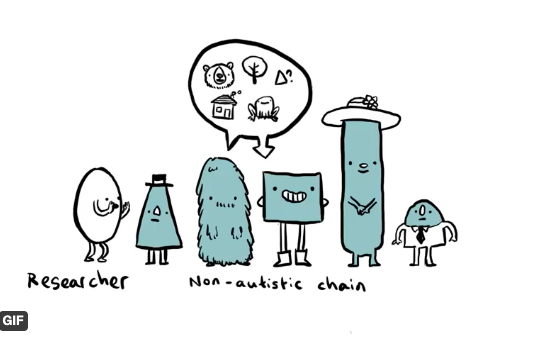 Rapport: Participants were also asked how they felt they had got on with the other person in the interaction. The people in the mixed chains experienced lower rapport with the person they were sharing the story with.

Significance: This finding is important as it shows that autistic people have the skills to share information well with one another and experience good rapport. There are selective problems when autistic and non-autistic people interact. In other words, the problem isn’t in the user or the designer, but in the interaction between the two.

The Empathy Gap is made up of psychological and cultural differences between neurotypes, which are not easily overcome. Fortunately, the co-design paradigm provides an approach to design that allows designers — and users — to bridge this gap.

So there is a cultural clash between designers and their users. How do designers overcome this? Since we can’t fully understand our users as we are not them, we must join with them.

Co-design is made up of principles, processes, and tools, all informed by the observation that users are experts of their own experience. Thus, to best use that expertise, designers must not merely design for users, but design with them.

By working with users, we challenge our assumptions about the nature of the problem. With the proper tools, we can help users express their opinions and observations, capture that feedback, and work with them as equal decision makers. This can be done at every stage of the design process. At Passio, we have even worked with users to co-design the co-design process that we will use with a group to really make sure we minimize any biases and ensure the design process is as inclusive as possible!

So how does Co-design overcome the Double Empathy Problem?

Let’s remind ourselves what the Double Empathy Problem is – the communication difficulties that arise from a mismatch in neurotype.

The principles, processes, and tools of co-design help designers correct their assumptions with feedback and work with, rather than merely for, their users. The co-design paradigm is a perfect fit for solving design problems by bridging the communication gap between people with different neurotypes, thus ensuring the products we design are as inclusive and able to reach as wide an audience as possible.

Why is web accessibility important?

Passio is a Certified B Corporation™!